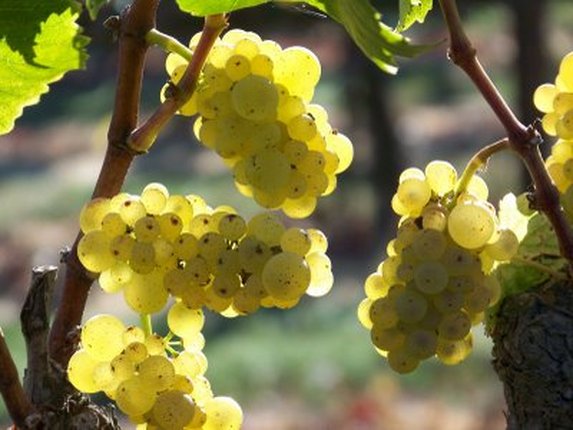 Chardonnay is a green-skinned grape variety used to make white wine. It originated in the Burgundy wine region of eastern France but is now grown wherever wine is produced, from England to New Zealand, and its done particularly well by Macedon Ranges wineries. As a Macedon Ranges wine, the Chardonnay produced in the region is clean, with notes of apple/pear and generally high on acid, giving it the ability to cellar for substantial amounts of time.

The Chardonnay grape itself is very neutral, with many of the flavors commonly associated with the grape being derived from such influences as terroir and oak. It is vinified in many different styles, from the lean, crisply mineral wines of Chablis, France to New World wines with oak, and tropical fruit flavors. In cool climates (such as the Macedon Ranges), Chardonnay tends to be medium to light body with noticeable acidity and flavours of green plum, apple and pear. In warmer locations the flavours become more citrus, peach and melon while in very warm locations (such as the Central Coast of California) more fig and tropical fruit notes such as banana and mango come out. Wines that have gone through malolactic fermentation tend to have softer acidity and fruit flavours with buttery mouth feel and hazelnut notes.

Chardonnay is an important component of many sparkling wines around the world, including Champagne. A peak in popularity in the late 1980s gave way to a backlash among those wine drinkers who saw the grape as a leading negative component of the globalization of wine. Nonetheless, it remains one of the most widely planted grape varieties, with over 160,000 hectares (400,000 acres) worldwide, second only to Airén among white wine grapes and planted in more wine regions than any other grape – including Cabernet Sauvignon. It is one of the core plants planted by Macedon Ranges wineries.