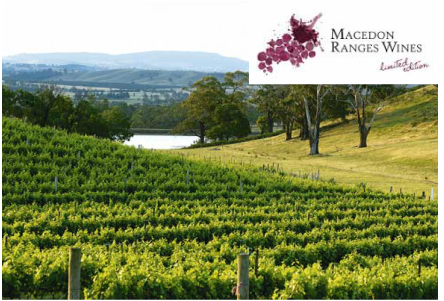 Even in the new millennium, there is an improbably wild and untamed feeling about this region – improbable given its proximity to the immediate north of Melbourne. The winds blow hard for much of the year, more often cold than hot, even in summer. Much is hard, sheep-grazing country, with granitic outcrops common, remnants of ancient volcanic activity. On the other hand, Daylesford and Hepburn Springs have regained their nineteenth- and early twentieth-century reputations as weekend and holiday resorts, a reminder of the diversity of scenery within the region.


Burke and Wills passed through in 1860 on their ill-fated journey north, a legacy being the Burke and Wills Track road-name used to this day. Small vineyards and wineries sprang up from 1860 onwards, mainly at the southern end of the region around Riddells Creek, but all had disappeared by 1916.

The renaissance began when celebrated Melbourne restaurateur Tom Lazar began to plant Virgin Hills vineyard in 1968, soon followed by Gordon Knight at Granite Hills in 1970. Two more different personalities cannot be imagined, the mercurial Lazar being worthy of a biography in his own right. Gordon Cope-Williams came next in 1977, then John Ellis at Hanging Rock in 1982. Many others have followed since, but none have found viticultural life particularly easy, the scale of most very small.

Site selection (altitude, protection from wind and spring frosts, and maximum sun interception from north- and north-east-facing slopes), the careful matching of site and grape variety, razor-sharp canopy management, and relatively low yields are all prerequisites for success. Even then success will not come every year; there have to be those extra few degrees of heat, those extra hours of sunshine in the warmer Melbourne summers to get the best results. This is the coolest wine region on the Australian mainland.